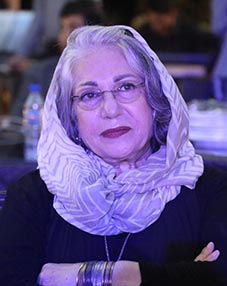 Rakhshān Banietemad (born April 3, 1954 in Tehran, Iran) is an internationally and critically acclaimed Iranian film director and screenwriter who is widely considered a premier female director and her films have been praised at international festivals as well as being popular with Iranian critics and audiences.[1] Her title as “First Lady of Iranian Cinema” is not only a reference to her prominence as a filmmaker, but also connotes her social role of merging politics and family in her work. 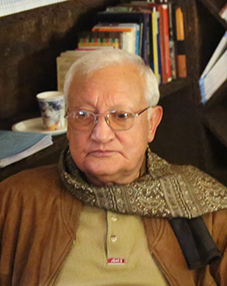 (Mohammad Azam Rahnaward Zaryab, also written as Zariâb) is an Afghan novelist, short story writer, journalist, and literary critic/scholar. He was born in 1944 in the Rika Khana neighbourhood of Kabul, Afghanistan, to illiterate parents. He is married to Spôjmaï Ra’Ouf Zariâb with whom he has three daughters. He received a degree in journalism from Kabul University, and pursued further education in Wales and New Zealand. Zaryab writes in Dari, the variety of the Persian language spoken in Afghanistan.

On his return to Afghanistan in the early 1970s he took a job with the prominent Zhwandoon Magazine as a crime reporter. He has said that he sought the job because it gave him material for his stories. He has continued to work as a print and TV journalist and editor throughout his career and currently (spring of 2015) works as an editor for Tolo TV in Kabul, Afghanistan’s largest private broadcaster. He has also held government positions in the Culture Ministry of Afghanistan.

Zaryab lived in exile in France during the 1990s but returned to Kabul after the fall of the Taliban. His wife and three daughters live in Paris, France.

Despite critical and commercial success as an author in the 1970s his ability to make a living from writing has suffered along with the prospects of the Afghani middle and intellectual classes since the time of the 1979 Soviet invasion. Also, the bookshops that now exist in Kabul tend to sell bootleg copies of Iranian works. This has not stopped him from continuing to write, though he says he now does so mostly for himself. 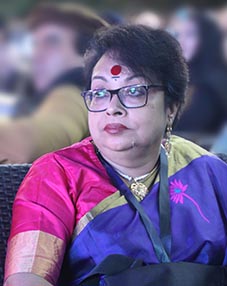 Ananya Chakraborti is a National Award-winning documentary Filmmaker and a journalist who has specialized in trafficking and other gender issues. She currently heads the West Bengal Commission for Protection of Child Rights. Prior to her present status as the Chairperson of the WBCPCR, she was the faculty of Department of Mass Communications at St Xavier’s College, Kolkata. A real-life fighter and activist, Ananya was the inspiration for the critically acclaimed novel and award winning film” Dahan” that took off from an incident of her life where she saved  a woman from getting molested outside a busy Kolkata metro station. She always fought for women’s right and questioned the stereotypes. 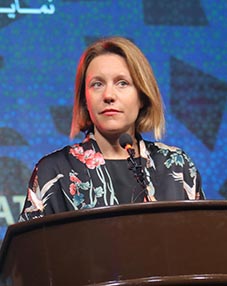 Alba Sotorra is an independent filmmaker and producer based in Barcelona. She has directed a number of documentaries, including “Unveiled Views,” which premiered at Guadalajara International Film Festival, and was awarded best documentary at REC and at Som Cinema, and “Game Over,” which was her first feature. 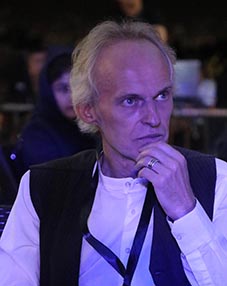 Martin Gerner (1966, Den Helder/Netherlands) is an Award winning film director of documentary feature films, a journalist, reporter and correspondent from war and conflict zones around the world and photo-journalist. Working in the Middle East and Central Asia, he is also a cultural practitioner and curator in the Western-Islamic and inter-cultural context.
He grew up in Holland, Germany and France. He has studied History, Political Science, International and European Law in Berlin, Bonn and Paris/Sciences Po, holding diploma from both countries, Germany and France.Martin Gerner has spent more than a decade in Afghanistan working for the built-up of independent Afghan media and helping reshape Afghan journalism, filmmaking and theater through independent projects. A senior editor and former presenter with the popular radio morning show Informationen am Morgen on Deutschlandfunk, Germany’s leading radio program with BBC quality standards, he is currently a freelance correspondent for the German ARD, the Union of National Broadcasters, and for national print media.His documentary feature film Generation Kunduz has won many Awards worldwide as outstanding German documentary. The film is one of a few shot unembeded in the war-torn North of Afghanistan, where Taliban recently recaptured the city for a short interval. His recent movie The World’s Smallest Army focuses on migration to Germany and the hardships of refugees in Europe, pinpointing stereotyped narratives in the Western war on terror.As a curator, he has initiated and managed a number of international film festivals and cinematographic special programs on Afghanistan, regularly introducing Afghan artists and their creativity and thinking to a Western audience for the first time. These initiatives, together with photographic exhibitions and workshops, have produced some pioneering results in cross-cultural learning and understanding between different ethnic groups and religions.His teaching builds on his long time experience from the field in Afghanistan, Iraq, Jordan, Turkey, Iran, Yemen, Israel, Palestine, India, Mali/Senegal inbetween others. His workshops and lectures focus on the perception of The Other, looking for a fresh eye in intercultural dialogues and including subcultures from different spheres.  His work as cultural practioner gravitates to exchanging with partner organisations or individuals keen to reflect on existing stereotypes and changing narratives for new social, political and cultural perspectives.

On photography and photo-journalism, working together with different generations of international photographers in post-conflict Afghanistan after 2001 has inspired him a lot in his quest for new narratives. Some of Martin Gerner’s photographic work was prized recently as best shots of the year 2015 at Kolga International Photo Tiflis/Georgia and has been exhibited as part of the European Month of Photography in Berlin 2016.

He is currently based in Cologne/Germany. Recently he has successfully co-funded the 2nd Afghan Students‘ Theater Festival in Kabul, the only event of its kind in Afghanistan in 2015. 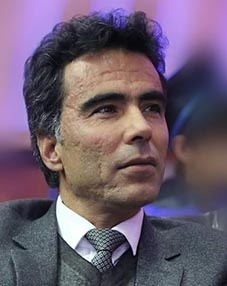 Samiullah Nabipour was born on 1979 in Badakhshan-AF he has bachelors’ Degree in cinema from fine arts faculty of Kabul University and master degree art culturology with cinema orientation from culture and art university of Tajikistan.

Nabipour is one of the founders of cinema department in fine arts faculty of Kabul University and now he works as a teacher and head of faculty.

He participated in short education courses in different universities including bukhm university of Germany and he wrote many scripts and scientific articles till now.

Nabipour worked as head of cinema department from 2011 to 2013, in 2013 he founded student film festival for the first time in Afghanistan which till now it holds four times.

He selected as head of cinema department for the second time when he get back from master course and he worked on that post till may of 2019 which he determined as head of fine arts faculty.