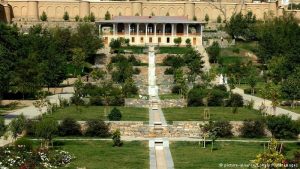 The International Women’s Film Festival (IWFF) which promotes women’s rights and gender equality, is a unique opportunity to strengthen awareness and mobilize Afghan and international public opinion for increased women’s rights. It also provides Afghan women’s cinematographic talents to interact with international counterparts especially for the younger generation of activists from the fragmented region surrounding Afghanistan which has few openings to the outside world. This enables women’s rights activists, human rights defenders and artists to exchange experiences on their social struggles for gender equality and mutual learning.

The IWFF is therefore a means to support and encourage activist film and documentary-makers to continue their activities in this domain and challenge traditionalist and non-progressive/conservative/fundamentalist/patriarchic attitudes towards women.

The fourth edition of the “International Women’s Film Festival – Herat” officially opened at the Gardens of Babur, in Kabul on Wednesday 19 October 2016 with participation of artists, filmmakers, officials of the national and international organisations, students, CSOs and people from different walks of life notably the youth.

The International Women’s Film Festival – Herat is the first women’s film festival in the region and has hosted more than 1,000 films during its four editions.

The 2016 edition received more than 200 films from various countries across the world. Around 70 selected short, feature, documentary and animation films from Afghanistan, India, Myanmar, Turkey, France, Egypt, Italy, Britain, Belgium, Iran, Russia, the US, the Lebanon, Vietnam, China, Bangladesh, Kazakhstan, Germany, Portugal, Korea and others were screened at the Gardens of Babur and Kahkashan family Cinema. 70 films were selected for screening by a selection Committee in the Competition Section.

More than 900 invited guests (due to security concerns only invited participants could enter the compound) attended the opening of the Festival at the Garden of Babur and the closing ceremony at the Intercontinental Hotel reception area (a last minute switch to the Hotel was carried out due to security concerns).

In the opening Ceremony the message of Afghanistan’s First Lady Rula Ghani – who was away at a conference in Sharjah – was read out by her press and public relations advisor Ms. Zuhra Yussef. She said: Women are sensitive and precise observers, who are good narrators of events. Cinema is a proper means for them to narrate their emotions. Ms. Ghani thanked the festival organisers Roya Film House and Armanshahr Foundation/OPEN ASIA, and asked them to concentrate on films that symbolise the senses of belonging, patriotism and respect for Afghan values and culture for the young generation under the present political conditions.

Minister of Women’s Affairs Ms. Delbar Nazari stated in her message to the festival: We are pleased to see that this festival is questioning the maleness of the cinema in Afghanistan by offering 200 domestic and foreign films, most of which deal with women’s conditions. This interesting offer promises to change the culture of patriarchy.

More than 1500 persons watched 70 movies screened at the Babur Garden and Kahkashan Cinema. A Jury consisting of filmmakers and women’s rights activists from Afghanistan, India, Iran, the US and Ireland awarded the festival’s statute and Letter of appreciation to selected films, during the closing ceremony of the Festival, at the  winners of the 4th IWFF received their awards.

On the side-line of the festival, 2 public debates were organised and held:

The 4th edition of International Women’s Film Festival-Herat was covered by many national (major newspapers, TV,  Press agencies,) and international Media such as the BBC, DW, Radio France International, Radio Zamaneh,  and also reported on Social networks and websites …  that it shows the high importance and effectiveness of the this program. Please see following links: