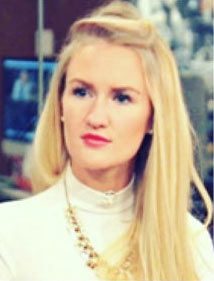 Anna Therese Day is an award-winning independent journalist, a founding board member of The Frontline Freelance Register, a representative body for freelance conflict journalists organized by freelance conflict journalists. Anna has reported from all over the Middle East and North Africa, India, Brazil and Mexico in a variety of media outlets, including The New York Times, CNN, VICE, Al Jazeera, The Daily Beast, The Huffington Post, and numerous print outlets and is a regular contributor to The New York Times Women in the World. Anna is a 2016 Truman National Security Project fellow, 2016 adjunct professor at CUNY Graduate School of Journalism, a 2013 Fulbright Fellow, a 2012 United Nations Press Fellow, and was named one of Google Zeitgeists top 30 Great Young Minds of Our Time in 2011. The Shorty Awards for Social Media recognized her as one of the Top 10 journalists of the Year at their 2013 and 2014 awards. Recently, she was named a national finalist for Running Starbs Emerging Young Leader Awards and selected as one of Mic.com>s #Mic50 Millennial Leaders 2015 list. 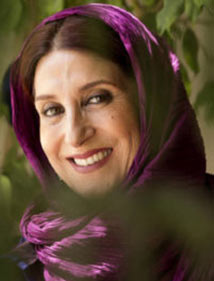 Fatemeh Motamed-Arya, born in 1961, is a renowned Iranian actress. She graduated in Acting from the Tehran Faculty of Arts in 1979 and made her debut in cinema in 1985. She has acted in 51 films including several made by celebrated Iranian directors, 13 plays, four tele-theatre plays, TV series, and recorded more than 50 puppet shows. She has been a member of Jury in several film festivals, a member of the board at The House of Cinema and the Performers Society of The iranian Cinema, and received many awards for her acting. She has also taught Acting at Isfahan Arts Universities and other accredited arts academies. Some of Fatemeh Motamed-Arya’s films are: The Mice City, Struggle, The Singer Cat, Reyhaneh, Once upon a time in cinema, Travelers, The Actor, Nasseredin Shah Actor of Cinema, Blue Scarf, The Sunshine Man, Maternal Love, Once upon a time, The Bird was Set Free, Gilaneh, A Little Kiss, The Stories, Avalanche. Motamed-Arya received tributes in France, America and Switzerland and was awarded prizes including Henri Langlois awarded as best actress, Vincennes, France; «Cinema of the World», Vesoul, France; best actress, Montréal, Canada; Kara, Pakistan; four Crystal Simorgh at Fajr Festival (Iran) and 14 press prizes. She has also served as a Jury member at various film international festivals, e.g. Torino (Italy), Vesovel (France), Cairo (Egypt), Delhi (India), Varosh, Isfahan Short Films, Isfahan Children’s Festival, Festival of Free Cinema and puppetry festival (For detailed biography including filmography, see her official website: www.motamedarya.com and https://en.wikipedia.org/wiki/Fatemeh 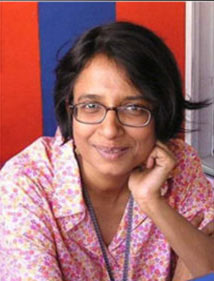 Smriti Nevatia has worked as a film and theatre critic, as well as film researcher, scriptwriter and co-director, collaborating with filmmaker Nishtha Jain since 2004 on award-winning documentaries such as City of Photos, 6 Yardsto Democracy, At My Doorstep, Lakshmi and Me, and Gulabi Gang Smriti has been curator of six film festivals including the Men and Boys for Gender Justice Film Festival for the MenEngage Global Symposium on Masculinities (IAWRT India, Delhi November 2014), and Doosra Chashma, a gender themed travelling film festival (since 2015). She is curator of the Our Lives…To Live film festival (the India chapter of IAWRT), of which there have been two travelling editions so far: No! to Gender Violence (2012 onwards) and Seeking a Just World! (since 2014), and has been co-curator of the international queer film festival, Queer Nazariya (Bombay,2010), and of IAWRT India’s annual film festival, the Asian Women’s Film Festival (2016). Smriti has participated in conferences on media and cultural studies, queer and feminist concerns and her other works include: co-editor of Sites and Practices: An Exercise in Cultural Pedagogy (Majlis 2006); co-researcher and co-author of the research report Breaking the Binary: understanding concerns and realities of queer persons assigned gender female at birth across a spectrum of lived gender identities (2013); and co-author of a longer book based on the same four-year-long research and its findings, No Outlaws in the Gender Galaxy (Zubaan 2015). Smriti has also conducted film appreciation and scriptwriting workshops with film and media students and for NGOs, and freelancer as a text editor and translator from English to Hindi. 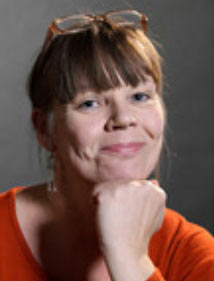 Kirsi Mattila is a Finnish scriptwriter and director. She was born in 1958 and graduated as Licentiate of Arts (Theatre Research) from the University of Helsinki in 1993. Kirsi’s latest film is “Marzia, My Friend”, which in conjunction with its international premiere at the Galway Film Festival in July 2015, won the Best Human Rights Feature award presented in association with Amnesty International followed by four more awards in various festivals, including the award for the Best International Film About Afghanistan at the Afghan International Film Festival in Stockholm (2016). Her other works include: writing and directing feature documentaries such as April of Joy and Pain (1995) Small Events (2000) and Niki and His Brother (2009), dozens of educational programmes and other TV programmes since 1994, and writing, directing, shooting and editing videos on various topics for several organizations. Since 2009, Kirsi has participated in a Finnish NGO development cooperation project for training Afghan female journalists in scriptwriting and visual planning. As a member of Icebreaker Productions, she has also branched out into producing and is currently producing Tiina Madisson’s documentary film “Brides of Nepal” (working title). 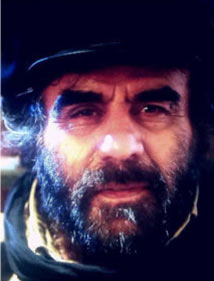 Mr. Homayoun Paiez, writer, director and actor, began his career in cinema in 1981, beginning with minor roles and later acting in leading roles in most films. He has written and directed 14 short films, including “I want a horse not a wife” and “Roshanak” and “The Victim” and has been awarded domestic and international prizes. He was assistant director and casting director in Afghan feature films Osama, Earth and Ashes and the Opium War On the international scene, he was director of the Afghanistan episode of a Belgian film entitled “Tears and Blood” and assistant director in a Japanese film entitled “I love peace.” His last fiction film, based on a sketch by Zinat Noor, is called “Other side of silence.”